With apologies for the poor quality, we have reproduced this list directly from the original manuals. As this is an important source of information we hope you find it useful. As an added feature I have retyped a table supplied by Ian Talmage, based on the original info, I hope it might be easier to read and maybe have extra info available. When I am satisfied all my gremlins are out of it and I have added as much as I can, I might delete the first one, but at the moment I leave both, as the first one came direct from the horses mouth, so to speak, British Seagull.

Scan right down to the bottom of the page for the latest edition. I think these tables are about as correct as I can get them, I will remove the originals at some time, when I'm sure!

In 1980 Electronic ignitions were installed, engines having the E prefix from that date.

In 1934 the Super model OF the use of a ')' symbol appears. As I have seen this motor and it has the number 'O' instead, it looks as if a typist simply pressed the ')' instead of the '0', by hitting shift at the same time. The use of the number '0' in all the previous models tends to bear this out. There may well be other typo's in these numbers, but they are as good as it gets folks!

I have just had a little snippet from Charles Palfreeman in Poole. his research has added another letter to a few of the motors. August 06.

The FVP and FV motors had the factory option for a while, of a lifting or pivoting tiller. the engine was suffixed with a 'T' and a bent bracket fixed to the crankcase, to pivot the tiller on. the for runner to the casting! Well Found Charles. I have checked and yes, the two I have confirm it!

The Little Forty models. There is the model LM missing from the letter codes, fore runner to the SJM I believe. See the Little Forty's page for more. March 2007, I have had it confirmed that the 'F' did exist, I have seen one, thanks to Mike Williams for showing it to me!

The use of the letter 'W' in the dating codes.

For a long time I suspected it was not a 'W' but in fact an inverted 'M', and yes I have seen a few, but new light has dawned, from Frank Arnold. It seems they did in the early 1970's fit a number of 102's with 'Wipac' ignitions and they had the letter 'W' added with the year.. they did not do it for long as it was not a very useful exercise, after all you could see the darn thing had a wipac if you looked at it and you did not know what month it was built.. I have found several of these now and had a dozen or more reported to me, but recently I turned up another upside down 'M' so you have to look carefuly!

Below the letters and numbers for the Little Forty models. the 'F' was used, have seen one now and also there was an 'LM'.

My grateful thanks to Ian for the time taken in sorting this out and donating it to the site for all to read.

From 1963 a letter and number code is used at the end of the engine number to denote the month and year of manufacture.

WSPCL indicates this is a long shaft Silver Century Plus. 1734 is the production number and BB3 indicates that it was manufactured in February 1973.

The above table is still not 100% as the letters N were not used every year, December being M, so one can assume another letter was used somewhere. As it was not supposed to be 'L', that only leaves 'I'. However I have never seen one stamped with 'I' or 'II', looks too much like a numeral.. Need to look through a few hundred crankcases to figure this one out..

Engine - Letter Code - for Early Models, including the Marston Seagulls.

The question Marks mean the numbers either were missing or do not make sense. For instance the 1933 engine numbers seem to indicate just a few motors were made, or is the 3 really an 8? Which would make sense. However what happened to 1932? Lumped in with 1933 maybe? No one will tell me, no one seems to know. I hope shortly to get a definitive list of Early British Seagull Models, from the first Model 'A' to the first British Seagull 102's. I will create a special page just for the Marstons and transfer all the info on them to it. As far as we can gather, from the motors surviving, not many were indeed made, maybe as few as 1,000. John

Throughout the years above various codes were used during each year, ie F, FV, FVP, LM, LS, SJM, SJP. The years codes start with the first motor of whatever sort, that was made. Obviously the FV and FVP ceased in about 1953, the LS in !957. Strangely the LS and the SJP overlapped for 2 years. but then the 102 production went on till 1977, alongside the Centuries..

Throughout the years above all the codes were used each year, ie LLS, CP, CPC. The years codes start with the first motor of whatever sort, that was made.

Somehow the following table became very confused. Ian has given me a template here in which to hang the numbers, but sadly mine were all muddled, I have redone this table several times. Hopefully it is now correct. The Model codes AC AD, TD, TC, etc, all seemed to run together. Whichever motor type was the first out of the factory in any year, is the code seen as the start number and code for the year. The numbers just keep on adding up as the years go by, till they were getting unwieldy, thus the introduction of the date system in 1963. Recently research by others has revealed all sorts of anomalies that I had wondered about. Seems British Seagulls made quite a lot of other motors that did not appear in the official lists. We are slowly getting more info on them, but of course it is conflicting.. John

(The Model 102 carried on in production till 1977 at least, I have proof that they were making 'one off batches' into the 1980's, with electronic ignitions! when I sort all those numbers, I will add them.) 'EDL'was one of the numbers found

Sealed box British Seagulls can be recognised by an extra screw in the gear box casing just above the top gearbox cap screw. This screw secures the bearing assembly.

Below is a table featuring the Forty and Century models, with hp, approx and type of gearbox oil. this must be used with caution as there is no guarantee that your British Seagull has not been altered over the years..

Give away for the sealed gearboxes is an extra screw just above the cap screws, this secures the bevel bearing and seal.

There has been much argument about power output, these figures are as close to the claimed truth as I can make them! The real truth is the power heads produced a lot less, but the gearing gave the thrust equivalent to motors of the claimed power! See the note about the Trade's Description Act! John

In the very early years there were motors running on 8:1, 10:1 and even 16:1, as has been found on tank decals of these old motors. These are the 'oddballs' though, the vast majority of the 3 million motors made ran on 10:1 mix.

The following should be considered when determining the right fuel mixture ratio for your engine: (information reproduced from a 1991 service manual No. 27)

Grade of Oil to be used. Only use two stroke oil for outboards. It must be for outboards, not lawn mowers or chainsaw, motor bikes or snow cats! Use TCW 2 or 3 grade. This is important as the oil is designed to lubricate at the low temperatures that British Seagull run at.

All motors manufactured from January 1978 are designed to operate on a 25:1 petrol (gas)/oil ratio.

Motors manufactured from 1968 to January 1978 can satisfactorily use this ratio, providing the following modifications can be made. Prior to 1968 a shorter bearing was used in the crankcase and it is unsuitable for too lean an oil mix. See FAQ page! The Amal 2 jet needs the main jet changing to a No. 40. The Villiers needs a replacement needle, No.2, sadly these are no longer generally available.

See the FAQ page for other ways of reducing the oil mix on villiers carbs. 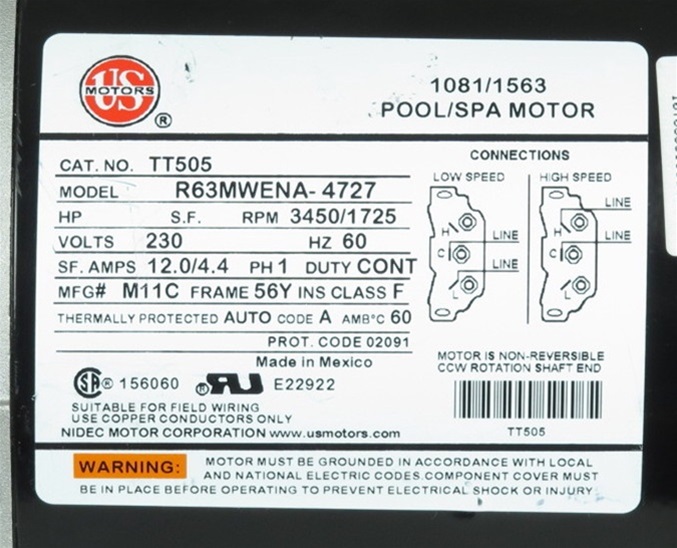 The engine serial number is stamped on the left front face of the crankcase, just below the rocker arm cover. On cars equipped with power steering it will be necessary to remove the power steering pump bracket to view the complete number.
The production code number is stamped on the right side of the crankcase and can be viewed between the middle branches of the right exhaust manifold.

The engine number is stamped on the engine forward of the right cylinder head.
The V6 engine production # is on the front of the block below the LH cyl. head gasket.

The engine serial number is stamped on the left front face of the crankcase, just below the head gasket. On cars equipped with power steering it will be necessary to remove the power steering pump bracket to view the complete number.
The production code number can be found on the crankcase between the front and middle branches of the right exhaust manifold.

350 inch until 1971
The engine serial number is stamped on the front of the left cylinder bank. The production code number is between the left exhaust manifold and the two front spark plugs.

L 250 inch from 1968
The engine serial number and the production code number are on the right side of the engine, to the rear of the distributor.
400, 430, 455 inch, 1968 on
The engine serial number is between the two front spark plugs and the left exhaust manifold, and the production code number is between the two rear plugs and the exhaust manifold, also on the left.

400, 430, 455 inch, all have the actual cubic inch that the block was cast for in the transmission mount saddle above the casting number.
In this case it is a 430.
Comments are closed.