GamesTracker Donald Duck Quack Attack PC overview page. We track games news, reviews, previews and prices around the web. Select a sub-section below or from the menu on the right. 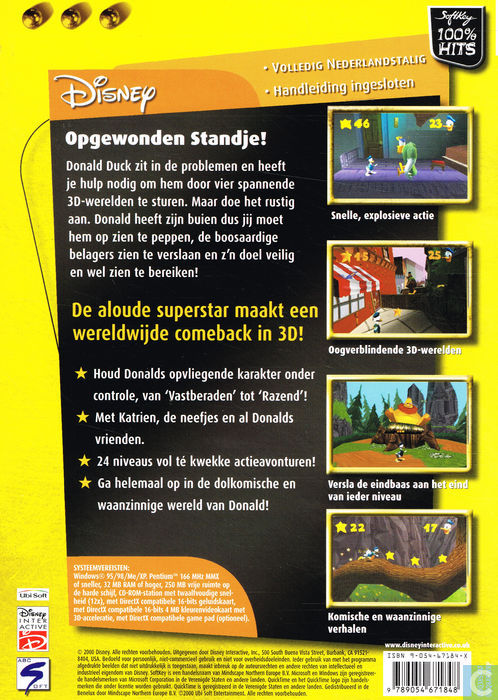 To show prices relevant to your location please select a country from the list on the right..

No news articles allocated to Donald Duck Quack Attack PC
Reviews
No Donald Duck Quack Attack PC previews have been published yet.
3
Unrated
0
0
0
Media
0
T.B.C.
Cheats
0
Manufacturers Description
The game challenges players to master Donald's quack emotions and explosive temper as he battles through a total of 24 levels and four worlds. Players must help the world's favourite duck in his quest to save his darling Daisy from the clutches of an evil magician while racing against his cousin Gladstone to win the heart of the duck of his dreams!