When you look online about Dramatical Murder, you notice that it is a game that has polarizing opinions. It appears to be a game that people either love and think is fantastic or they hate it. I have long had a love for visual novel style games so I was very excited to finally get the chance to check this out. 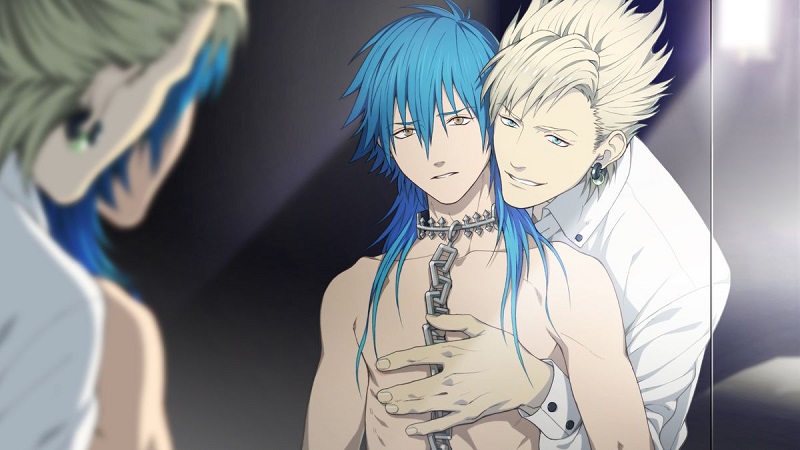 I Love You Man 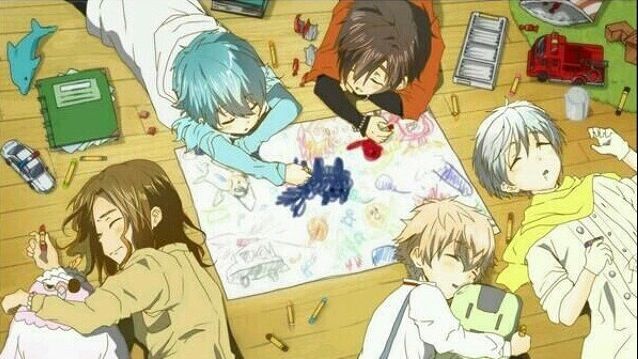 What makes Dramatical Murder stand out from other romance visual novel games is that you are not a boy trying to score with lots of girls. Nor are you a girl looking to Mr. Right. Instead, this is a game that is about guys hooking up with guys and that is an interesting take for a game like this. Let me say that there are some sex scenes in the game so it is most certainly NSFW. However, they did make a version of this game for the PlayStation Vita which is much more toned down with no sex scenes and the violence changed as well.

As is the case with all visual novel style games, the story is the main focus here. The lead character is called Aoba. /how-to-get-ni-massive-serial-key/. He lives on a strange island that is owned by a corporation and unless you are one of the elite you have to live on the outside in really lame conditions. While he is a nice guy, Aoba finds himself pulled into a game called Rhyme. This leads him on a journey where he finds that people in this place he lives are going missing. Not only that the ones that do return are “changed” this drags him into this mystery to find out what the heck is going on.

I really do think that the writing in Dramatical Murder is great. I really did find myself liking Aoba and once you find out that he has some kind of power, he becomes even cooler. Aoba has this ability where is able to get people to do things just by the sound of his voice. So while you are trying to find out what is happening to people on the island, investigating this strange game called Rhyme. You are also coming to terms with this power and trying to find your place in all of this.

Do The Right Thing!

Dramatical Murder has some great characters that you will encounter as you progress through the game. You can help these people or you can destroy them. The different decisions that you make as you play the game will make the story go in a certain direction and of course change what guy Aoba ends up with. This does add some replay value to the game as the story can radically change depending on what you do.

Know What You Are Buying

Dramatical Murder is a little confusing when it comes to purchasing the game as there are different versions. There is just the default version, but you are better off getting the Re: Connect version. This has more content which includes a chapter that is about the back story of Aoba. Also, remember if the sex and violence is not something you are comfortable there is a censored version of the PlayStation Vita.

I was very impressed with Dramatical Murder, so much so that I have played through it three times and changed my choices so I can experience different aspects of the story. The story is great as it has love, violence, sex and everything else you want in a good story! This is one of the better visual novel games I have played, but just be warned it is very graphic!

Alternate Title: ドラマティカル マーダー, DRAMAtical Murder, ['DMMd']Genre: Action, Psychological, Sci-Fi, Shoujo, SubType: TV(Summer 2014)Status: Finished AiringNumber of Episodes: 12 Episode(s)Views: 955 ViewsDate: Jul 7, 2014 to Sep 22, 2014[MyAnimeList] Score: 6.17Age Rating: Summary: Sypnosis : Some time ago, the influential and powerful Toue Inc. bought the island of Midorijima, Japan, with the plans of building Platinum Jail—a luxurious utopian facility. Those who are lucky enough to call it home are the wealthiest citizens in the world. The original residents of the island, however, were forced to relocate to the Old Residential District; and after the completion of Platinum Jail, they were completely abandoned. 'Rib' and 'Rhyme' are the most common games played on the island. Rib is an old school game in which gangs engage in turf wars against each other, while Rhyme is a technologically advanced game wherein participants fight in a virtual reality. To be able to play Rhyme, you must have an 'All-Mate' (an AI that typically looks like a pet), and the match must be mediated by an 'Usui.' Aoba Seragaki has no interest in playing either game; he prefers to live a peaceful life with his grandmother and All-Mate, Ren. However, after getting forcefully dragged into a dangerous Rhyme match and hearing rumors about disappearing Rib players, all of Aoba's hopes of living a normal life are completely abolished. [Written by MAL Rewrite]
Comments are closed.