Mortal Kombat: Unchained is the title of the PlayStation Portable version of Mortal Kombat: Deception, developed by Just Games Interactive. The game was released on November 13, 2006, in North America; November 24, 2006, in Europe; and December 9, 2006, in Australia. 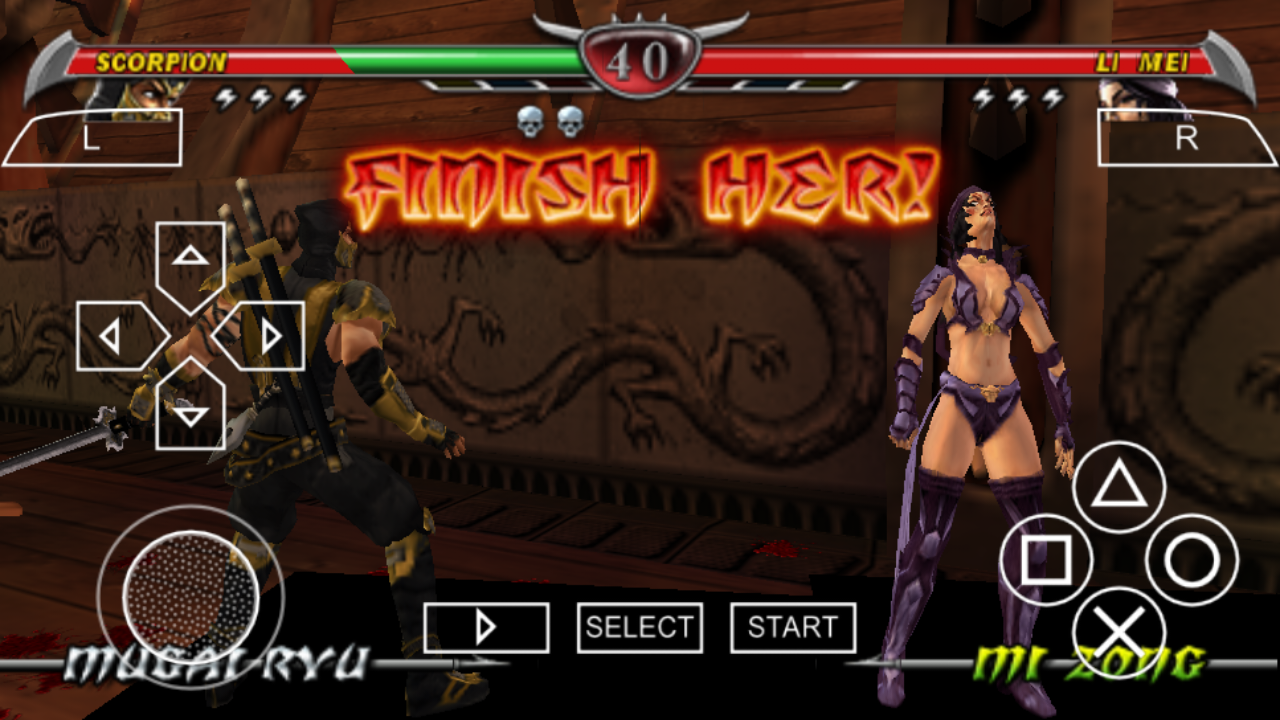 Mortal Kombat: Deception takes the series to the next level with multiple fatalities per character, interactive backgrounds, and new game modes. For the first time in the Mortal Kombat series, you can play a free-roaming Konquest mode, board games, and a puzzle game, in addition to the enhanced one-on-one fighting mode. Mortal Kombat: Deception supports online play for both the PS2 and Xbox Live and features online matches and tournaments as well as online gameplay capabilities for both the board game and puzzle modes.

The game’s arenas are similar to those in Mortal Kombat: Deadly Alliance, but include new features such as unique weapons which players can use, and instant-death traps which immediately kill a fighter who falls into them. The game also introduces the “Combo Breaker”, a system which allows players to interrupt combos up to three times per match. In contrast to Deadly Alliance, in which characters had only one Fatality, the Deception characters have two Fatalities and a hara-kiri suicide move. The latter is used when the phrase “Finish Him/Her” is shown on the screen and the player is about to lose.